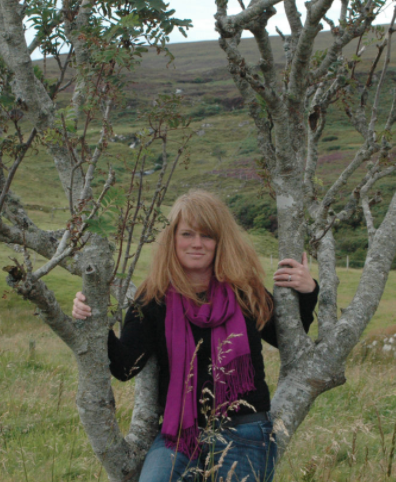 Shannon MacKinnon grew up in a large Scottish/Irish family in the Pacific Northwest the middle child of a large blended family that today has enough people to make up an entire pipe band. Something was always going on at the MacKinnon household which usually included an extra neighborhood kid staying for dinner. This is probably why after soccer practice, homework and episodes of Star Trek, Shannon often found refuge from her loved ones on the barn roof at the MacKinnon home in Ravensdale looking at the stars and pondering the Big Questions of Life.

After high school, Shannon earned a mathematics education degree at Central Washington University which included one year abroad at the University of Ulster in Northern Ireland. Later on, she earned a master’s degree in Transpersonal Psychology at Naropa University. Human behavior, consciousness and spirituality continue to fascinate Shannon. For the past 27 years Shannon has worked as a public school teacher with amazing staff and students at various districts in Washington State. Her summers she has spent traveling, mostly to Scotland.
​
Shannon’s first trip to Scotland felt like a homecoming. Shannon’s great-grandparents emigrated from the Isle of Skye and she remains in contact with her extended family across the pond. A second cousin lives in the house that belonged to her great-grandfather and he generously shares stories and memorabilia about the family. Luckily, Shannon married a handsome bagpiper who loves Scotland as much as she does. When they aren’t in Scotland they are attending Scottish festivals all over the Northwest, hanging out with family or walking their dog Biscuit.
​
The Fairy Key is her first novel. ​